Women in tech; some inspirational examples

A highly regarded computer scientist and educator, Gail is currently the External Education team leader for Shopify. The mission of the group is to make the experience of learning computational thinking and computer science better for everyone. Projects are designed to focus on one of four thematic groupings: policy, outreach and diversity, degrees and apprenticeships, and academic research. She also helped co-found the Carleton Women in Science and Engineering and is passionately devoted to sharing her joy of technology and computer science with girls and women.

As the founder and executive director of Black Girls Code, Kimberly is rapidly becoming one of the most influential women in technology education. The education nonprofit was founded in 2011 in San Francisco and has expanded to cities across the United States and in South Africa. The educational focus is on teaching girls of color between the ages of 6 and 17 to develop mobile apps and learn computer programming, robotics development, as well as other Science, Technology, Engineering and Mathematics (STEM) skills. The vision of Black Girls Code has been to increase the number of minority women in all technology fields by empowering and educating them from an early age. Kimberly has received numerous awards, including the the Jefferson Award for Public Service. She was also honored by the White house in 2013 as a “Champion of Change for Tech Inclusion.”

A longtime influencer, technology expert, content strategist, and media personality, Jessica uses her expertise to help startups and tech companies reach niche markets. Many of her followers are young women who are passionate about both style and technology. She does this with media strategy development and brand positioning to put technology in front of influencers. She is also the founder and CEO of TechSesh, a website that provides info on stylish wearable tech, women in technology, gadget and app reviews, as well as tech tips. The thematic goal for her career has been to demystify technology and make it more accessible to the average person.

Amanda Lannert is the Chief Executive Officer of The Jellyvision Lab, a technology company that helps users with big life decisions, including everything from health insurance to money matters. She is integral in the company’s strategy, partnership development, and customer acquisition activities. Under her leadership, Jellyvision has doubled its revenue three out of the last four years. Previously, Amanda managed global brands for Kellogg’s while at Leo Burnett. She enjoys taking on a greater role in a technology-focused company while applying her business and branding expertise to the role.

Julie is Chief Experience Officer, Officer Experience Organization at Microsoft. She is passionate about building technology that takes care of time-consuming tasks so people can focus on what matters more in their businesses. She works with a team to incubate new technologies and experiences that help people get things done. She has been involved in building such products as Internet Explorer, Office, Windows, Xbox and Surface over the course of the 11 years she has been with Microsoft.

Larizadeh Duggan is one of Google Ventures’ remaining partners in Europe. She’s also the only female general partner at the fund. Larizadeh Duggan led Google Ventures’ investment into Yieldify, a two-year-old e-commerce startup that helps online retailers convince people to buy products online. Aside from investing, Larizadeh Duggan also led the UK Hour of Code project and is a mentor for the Girls in Tech London scheme. Before joining Google Ventures, Larizadeh Duggan was the co-founder of fashion retail startup Boticca. She also held product management roles at Skype and eBay in addition to being an Entrepreneur-in-Residence at Accel Partners.

Founded by the recruitment firm Bailey Fisher, Women 4 Technology is an informal group of female business heads that meet via invitation only for networking, talks and presentations.

Women in Technology is a job board that only advertises positions with organisations that have stated an explicit commitment to increasing the number of women in technology working for them.

An arm of the British Computer Society (BCS), BCSWomen is dedicated to supporting the training and employment of women in technology, IT and coding jobs. It has identified that attracting women to IT jobs is difficult, but also that women find it hard to return to IT jobs after a career break.

Next organisation is Digital Mums that attempting to get women into flexible working online. Its goal is to train and mentor women for work as online community managers. The idea is that social media outreach is a growing industry for business and mothers already have some of the skills needed, while the job allows flexible hours and can be done from home.

Girls in Tech is one of the global networks with a presence in UK, China, Greece, Chile, France, UAE, US. The aim of the group is to boost the visibility of women in technology jobs. It hosts events, provides resources and promotes the availability of jobs in technology.

Women in Telecoms and Technology

This organisation for women in tech was founded in 2001 by executives across the telecommunications industry who realised they were often the only women in their organisations at a senior level. The group educates and mentors members, allows women to share ideas and holds talks and meetings. It has 500 members scattered throughout companies including BT, Vodafone, EE, IBM, Ofcom and Reuters.

MoI organises a yearly conference that aimed at exploring and celebrating the power of mothers to change the world. The last conference was dedicated to the things mothers are doing for themselves will showcase the ways mothers are changing the world around them in education, healthcare, finance and technology.

Set up 30 years ago, Wise is dedicated to increasing the gender balance in science, technology, engineering and maths in the UK, aiming to raise the number of women from 13% now to 30% by 2020. Wise offers support services to business, education and women returning to work.

Women who code offers benefits and services to help women achieve their career goals. This global nonprofit was founded in 2011 and has since grown to more than 100,000 members spanning 20 countries. Their mission is to inspire women to excel in technology careers and prove that women are good in coding! They envision a world where women are proportionally represented as technical leaders, executives, founders, VCs, board members, and software engineers.

WIM is Barcelona-based community for women working in the mobile industry. It is an initiative aiming to increase the visibility of women in tech by supporting women to take the stage, and encouraging events organizers to have a more balanced representation of women and men on their speaker agenda.

If you are interested in the topic women in tech, I recommend you to subscribe to our monthly newsletter to receive latest news and events regarding this topic. 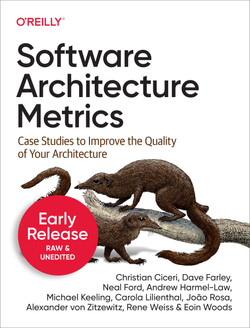 Pinia as an alternative to Vuex